Was It Worth It? 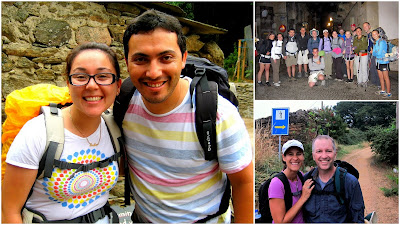 Miguel sought us out at the international youth leaders’ convention to introduce us to his fiancée, Paulina. We've known Miguel for years as he was co-director of Youth Specialties, Chile. During our conversation they talked about the challenges they were anticipating as they created their new life together. In addition to the normal adjustments of marriage, Paulina would leave her home in Chile and her profession as a lawyer to join Miguel in the U.S. where he’d accepted the role of director of training for Youth Hope. And he would have to adjust his work-centric lifestyle. 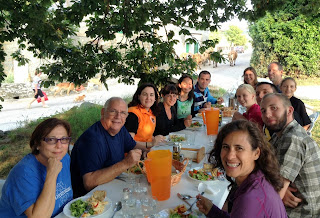 We invited them to participate in a leadership training and relational evangelism program we co-facilitate called Encaminar. It combines being a pilgrim on the St. James Way in northern Spain with teaching times and serving pilgrims at a hostel in Ligonde, a small town that nearly a thousand pilgrims a day pass through. Miguel and Paulina decided to set aside the two weeks to participate. 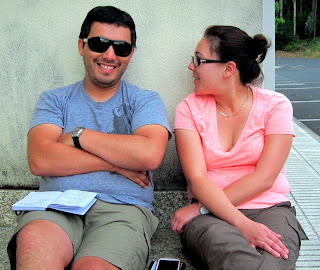 Miguel said he knew they needed to come when he came across a story in the reading assignments where I tell about a time that I got upset with Tim. He explained, “When I read that story I knew it was going to be a place where Paulina and I could be real, not like so many ministry settings where people pretend to be perfect and judge anyone who isn’t.” 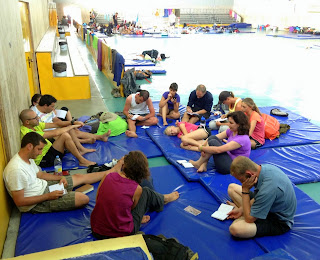 They entered into this transparency by being very honest as they shared their life map with Tim and me during the first days of the training. As Miguel finished he said, “Now that you know us better, what advice can you give us to help us create a five or ten year plan.” Knowing that there were 12 more days of life-on-life training relieved me from having to come up with some sort of answer. We encouraged them to be alert to what God was saying to them throughout the whole event, “I know that He will be showing you things that will be like individual pieces to the puzzle. If you keep your eyes open for them and pick them up you’ll have a much clearer picture of what He is saying by the end of our time together.” 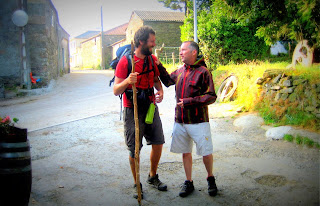 Miguel found one of those puzzle pieces on our “desert day” during the pilgrimage part of Encaminar. The participants were to walk the eighteen miles in silence. Miguel and Paulina chose to walk apart and he found himself going as fast as he could. Suddenly he realized that the walk wasn’t a race. There was no benefit to getting to the destination faster so he sat down to read his Bible and pray. He realized that he lives his life the same way, pushing himself to do more and go faster, and he saw clearly that life, like the pilgrimage, isn’t a race. 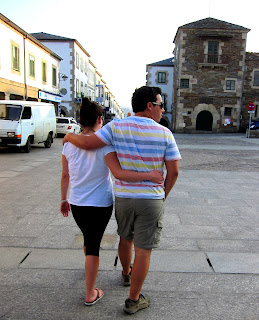 With this in mind, he saw a girl from our group pass by who was struggling with blisters. Miguel went up to her and said, “I’m sorry to break our vow of silence but God told me to carry your backpack for a while so you can have a break.” She was touched and surprised by God’s care for her and he was thrilled to have heard and obeyed God’s voice.


Miguel was the last person to arrive that day. We were worried because generally when someone takes that long to finish a stage they are discouraged and in pain. But Miguel was as radiant as you can be after walking eighteen miles up and down hills. That afternoon we were pleased to see him and Paulina interacting with a notable closeness. 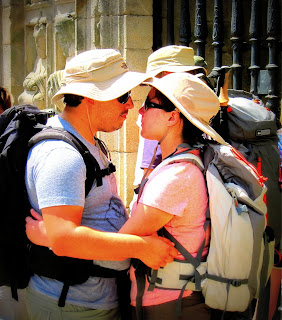 On one of the final Miguel and Paulina worked on their long term plan during a personalized coaching session. But what they learned about themselves throughout the various experiences of the event will be the most significant contribution to next decade of their marriage and ministry.
Posted by Unknown at 8/28/2013 12:33:00 PM

That experience should be awesome to Miguel and Paulina. I am pleased for reading this. Thank you very much for share it Tim :D

You are excellent storytellers. My heart was blessed as I read about Miguel and Paulina. May God bless them abundantly as they serve Him together.