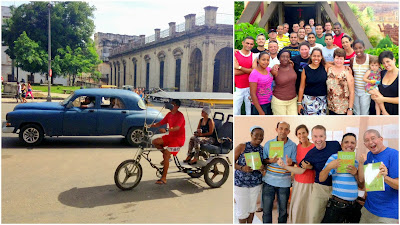 “Communist” was used as synonym for “degenerate” or “idiot” when I was growing up. It was an acceptable sort of cuss word. So when we were invited to Cuba, my first experience in a communist country, I was intrigued. 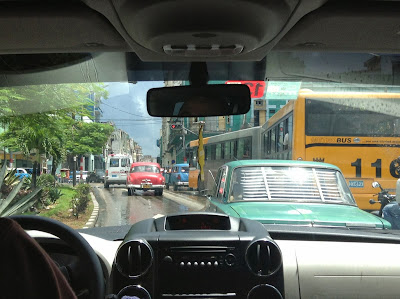 As our host, Elio, drove us from the airport to his parents’ house in downtown Havana, he caught us up on current Cuban history: freedom to travel outside the country was granted early in 2013; the buying and selling of homes was recently made legal; permits for starting small private businesses are now available. As he spoke, what I was seeing outside the car window was a lively but crumbling city where the 1950’s Fords and Chevrolets ambled along the streets alongside Soviet-era Ladas and Moskvitch, Czechoslovakian sidecar motorcycles as well as rickshaw-style bicycle taxis and horse-drawn surreys.

Sixteen days later we finished up the last of three training events, hugged a dozen youth leaders goodbye and flew off the island. It was a relief to leave. Nearly every moment was hot, sweaty and the food – though generously shared by people with little to spare - never varied.  But it had also been encouraging and undeniably worthwhile.  The youth leaders we worked with were inspiring. Like Jesus with the two fish and five loaves, they take whatever youth ministry resources they can get their hands on and multiply it to the benefit of thousands of teenagers around the island. 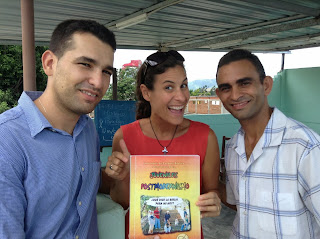 For example eight years ago, Pancho, a veteran youth pastor in his early fifties, whose name came up nearly every time one of the others mentioned how they got into youth ministry, asked for help to publish the Raices (Roots) youth ministry textbook. Since it is impossible to import it into Cuba, your donations made it possible for them to have 1000 of them printed, hiring unemployed construction workers to organize and bind the 500+ pages together. With those text books they have trained leaders all over the island. 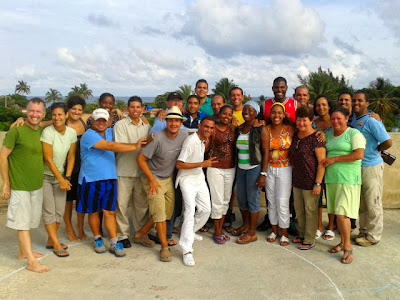 They were the most highly educated youth leaders we’d ever worked with – 153 with bachelor’s and 13 with master’s degrees in youth ministry. When we told them this they seemed to think we were just being complimentary.  But then something unexpected happened… Miguel – the same Miguel from two posts back – asked if any of them would consider accompanying him to Burma or Zimbabwe to train youth leaders there. One of the Cubans began to cry. Then nearly all of them.  It was a burst of emotion we hadn't seen in the previous 15 days. For a while neither they nor we fully understood what caused it. Then someone put it into words, and it went something like this:


We have been isolated for 50 years. We've gone without for so long, that we never imagined it was possible that we had anything to offer. We’re accustomed to thinking we can’t...we can’t leave; we can’t afford things, etcetera.

They began to realize that the barriers they had lived with for the last half century are now more in their minds than anywhere else. 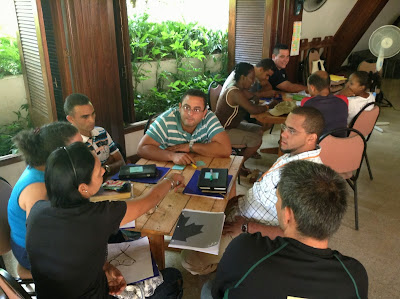 In the week since we left, they have written telling about the fresh air they feel they are breathing and the sense that something new is happening. It is exciting for us to feel that we are all boats being carried along by the river of what God is doing.
Posted by Unknown at 10/02/2013 07:16:00 PM